How to Advocate at School for Yourself or Someone You Love 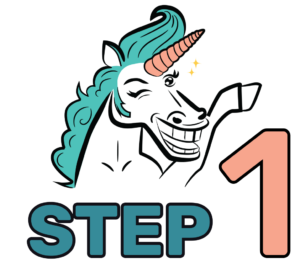 Policy documents guide school staff on how to prevent discrimination, and these errors can mean that schools are unsure of what needs to change. While lots of good work is happening, there is much more to do. This is why Gegi exists in the world.

To advocate for our rights at school, we need to get clear what these terms mean! These are separate things and happen differently to different people.

Gegi can also read you the sparkly version if you like!

For example, I love to dye my mane turquoise and braid it, and break out the hoof glitter to express my gender to the world. Not to mention my fabulous name: Gegi!

I know a guy named Robert who likes to cut his hair short and buzz the sides because that feels masculine to him. He also likes to wear old ripped jeans and muscle tanks because it makes him feel tough. Sometimes Robert goes a little overboard on the Axe body spray, but he wants to “smell like a man” and that’s what he feels a man smells like. These are a few ways that Rob expresses his gender identity as a boy.

My friend Amir is also a boy (his gender identity) but he likes wearing his favourite overalls with a sparkly paw print on the front, and likes to paint his nails. We might say that Amir has a feminine gender expression.

The OHRC defines gender expression as “how a person publicly presents their gender. This can include behaviour and outward appearance such as dress, hair, make-up, body language and voice. A person’s chosen name and pronoun are also common ways of expressing gender.”

Everyone has a gender expression, not only transgender people. Many people are gender-conforming, which means that their gender expression matches the expectations of other people around them in terms how they look and behave as someone of their gender identity (e.g., a masculine man, a feminine woman). For example, Mr. Magee is a man (his gender identity) who teaches Health and Physical Education. He keeps his hair tightly faded and is always in athletic wear, and has visible tattoos of tigers which are displayed when he wears short-sleeved shirts. Mr. Magee admires these animals for their strength and toughness, and feels the presence and design of his tattoos reflect his masculinity. These are a few ways that Mr. Magee expresses his gender identity as a man. By contrast, Ms. Truong teaches a Specialist High Skills Major in construction. She loves welding and woodworking, and teaches multiple courses in these areas. She has a shaved head and wears coveralls 90% of the time. When she isn’t teaching, Ms. Truong often wears camouflage pants and plain t-shirts. She doesn’t wear make-up or paint her nails, and whenever students joke about it she replies “my make-up is my sweat and my nail polish is the dirt underneath.” Ms. Truong’s is a woman (her gender identity), but her gender expression is more typically masculine. For this reason, Ms. Truong can be considered gender non-conforming. People who are gender non-conforming – whether or not they are transgender – can experience gender expression discrimination (keep reading). 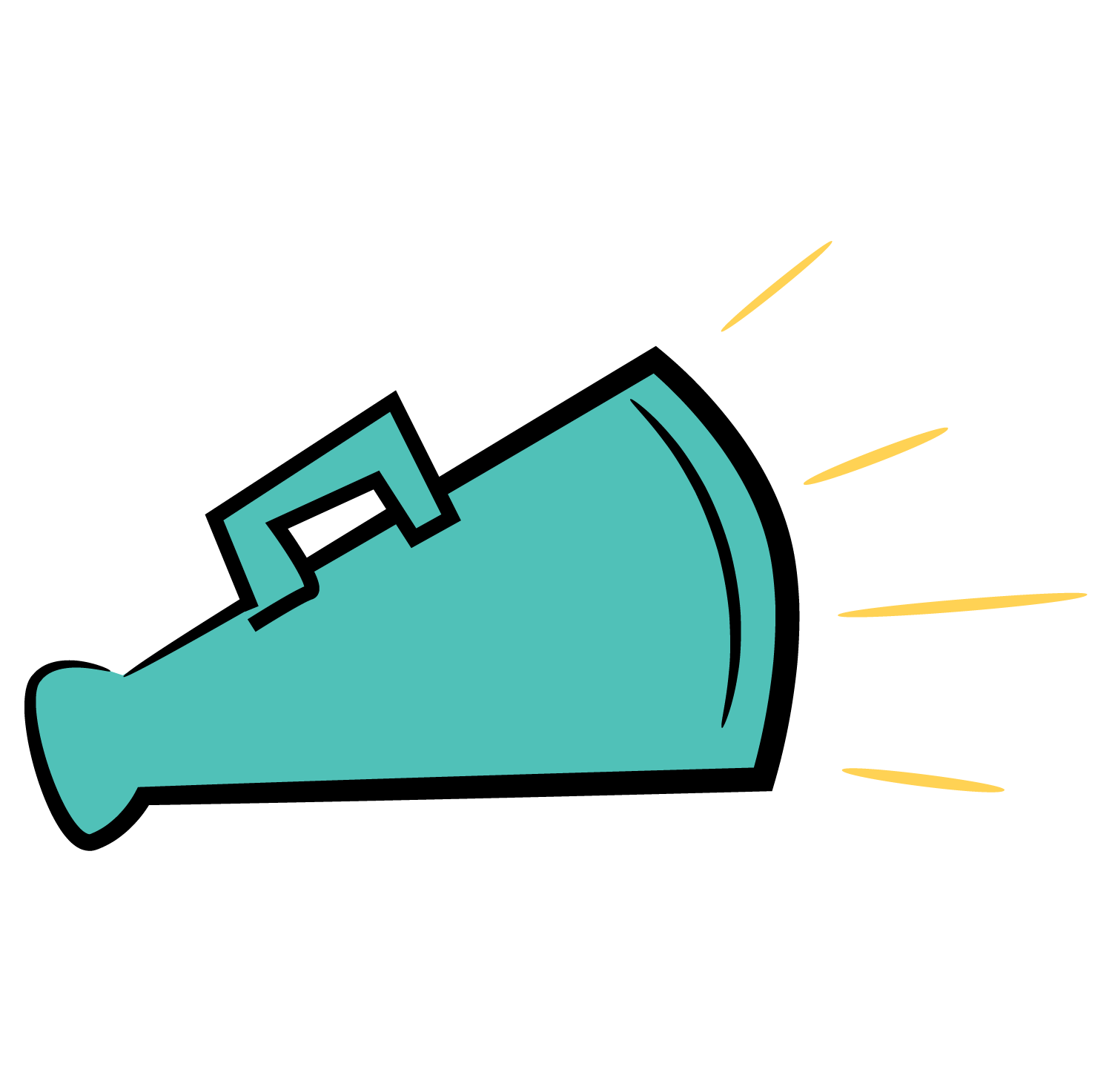 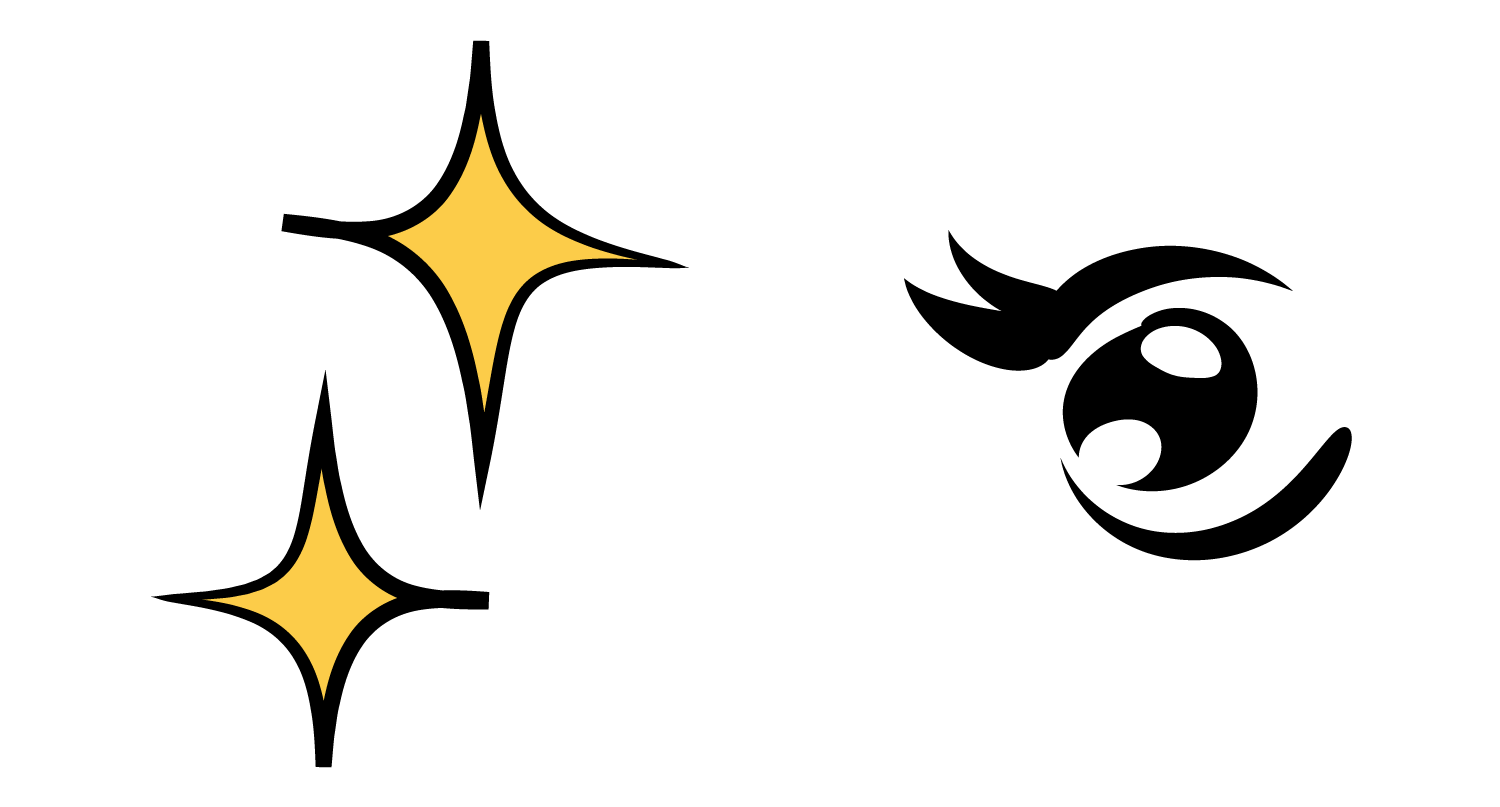 Your gender identity is a core sense of who you are. It’s that deep down feeling that helps you recognize what does and does not feel right, gender-wise, no matter what other people expect from you. You can have a gender identity of girl, woman, boy, man, nonbinary, or anywhere else along the gender spectrum.

For example, I (Gegi) am nonbinary and so is my friend Blue. Blue feels that they fall somewhere in between man and woman, and that neither one of those is quite right. But my friends Sam and Lilah feel deep down that they are girls. Sam’s family expected this when they were born, but Lilah let her family know who she was later on when she could talk.

Gender-based discrimination is what happens when a person is treated badly or unfairly by others because of their gender identity or gender expression. This treatment can be intentional, where someone means to do it to a specific person, but it can also happen without someone meaning to. If the bad or unfair treatment happens because of a law, rule or instructions given to people who work in a school, for example, that’s a different kind of gender-based discrimination. Sometimes we use the word ‘harassment’ instead of discrimination when someone clearly means to hurt someone else with what they say or do. Something could also be ‘harassment’ when a person should have known that what they were saying or doing was going to hurt someone else.

An example of intentional gender expression discrimination (sometimes we call this harassment) is being yelled at or pushed around by another student because of what you are wearing. For example, when Amir went to school on the first day, Robert saw his painted nails and went around telling other students to stay away from Amir because he was ‘weird and girly.’ Amir’s teachers didn’t do anything when he told them, which means that the school was allowing the gender expression discrimination to happen.

Gender expression discrimination can also look like a girl who is not feminine being told that she has to wear a skirt in order to play field hockey because ‘that’s the girl uniform,’ or even because ‘that’s just the rule.’ Another example is a teacher putting the wrong name on your report card or saying the wrong name for attendance even if you’ve told them many times that the name is wrong. This might not be something they mean to do, but it is still gender expression discrimination.

Now that you have learned more about gender expression and gender identity, use gegi.ca’s school board search to find resources and documents that instruct school staff on what to do about discrimination.

Gender-based discrimination occurs when a person experiences negative treatment because of their gender identity or gender expression. This can be very obvious and direct, or subtle and indirect. Although discrimination can take the form of an intentional action against someone on the basis of who they are (often called harassment), discrimination can also happen unintentionally and indirectly (direct or individual), or as the result of institutional rules, regulations or procedures (systemic or institutional). Direct or individual discrimination (or harassment) is overt. It’s obvious and easy to call it what it is, but systemic or institutional discrimination can be harder to identify when you are experiencing it. ‘Harassment’ may also have occurred when a person should have known that what they were saying or doing was going to hurt someone else.

The next paragraphs revisit an example from the gender expression section above: Ms. Truong who is a woman who is gender non-conforming (her gender expression does not align with what is thought to be feminine in her context).

Because Ms. Truong is gender non-conforming, she may argue that she has experienced gender expression discrimination at school (i.e., at her workplace), as follows. Ms. Truong taught at her school for 15 years; however, when she began teaching there she decided to dress in a more typically feminine way as she wasn’t sure how her actual gender expression would be received. Over time, she gradually adjusted her gender expression at work to match the rest of her life, and noticed changes. The school board sponsored a mentoring retreat for women employees, but the liaison in Ms. Truong’s school did not include her in emails or other communications about the event, afterwards saying that she didn’t think Ms. Truong would want to attend because “you’re pretty much a guy anyway.” Some parents have also complained to administration about Ms. Truong’s appearance and behavior – that it “confuses students” – and the administration spoke with Ms. Truong about her “lack of professionalism.” At the end of the school year, her contract was not renewed, with no explanation given. Ms. Truong may be experiencing individual and institutional gender expression discrimination through deliberate exclusion from professional opportunities, sanctioning for gender non-conformity, and a denial of contract renewal for reasons potentially related to these ongoing responses to her non-conforming gender expression.

Gender identity discrimination is different, and generally takes the form of being somehow told that you are not who you are. It can be individual, such as when a transgender woman receives verbal abuse for accessing a women’s washroom (the term ‘harassment’ can also apply in this and similar situations), or it can be institutional, such as an online volunteer application form that requires someone to select either man or woman as gender options before allowing the form to be submitted.

It is important to note that gender identity discrimination is something that overwhelmingly happens to people who are transgender, and usually only when their transgender status is disclosed or known. It may also happen when someone is assumed by others to be transgender (regardless of whether this assumption is correct). However, gender expression discrimination is much more widely-experienced (and far less understood).

An example of individual and institutional gender identity discrimination is as follows. Mx. Winter is a new teacher at an elementary school where they teach music. Mx. Winter has “they/them” pronouns, which reflects the fact that they are nonbinary. When they asked for their name badge to include “Mx” the secretary replied that she didn’t think it would be possible as the name badge template is printed from the staff record, which only has ‘male’ (leading to a title of Mr.) and ‘female’ (leading to a title of Ms.) options. Mx. Winter’s name tag was printed with a ‘Mr.’ instead. As the all-gender staff washroom was under renovation, Mx. Winter was also told that they will have to “just use the men’s washroom.” When Mx. Winter spoke with the Vice-Principal about these issues, the VP was unsupportive and asked them, more or less directly, whether they have ‘transitioned sex’ and what their body looks like. When Mx. Winter declined to answer and instead offered to connect the VP with resources on nonbinary identity, the VP became frustrated and suggested that there was nothing to be done. Mx. Winter may have experienced institutional gender identity discrimination (name badge) and individual gender identity discrimination (communications with the VP).

Now that you’ve learned more about gender expression and gender identity, use gegi.ca’s school board-specific search tool to locate resources and your own school board’s policy documents, or find out how to proceed if these grounds are not yet included within them. 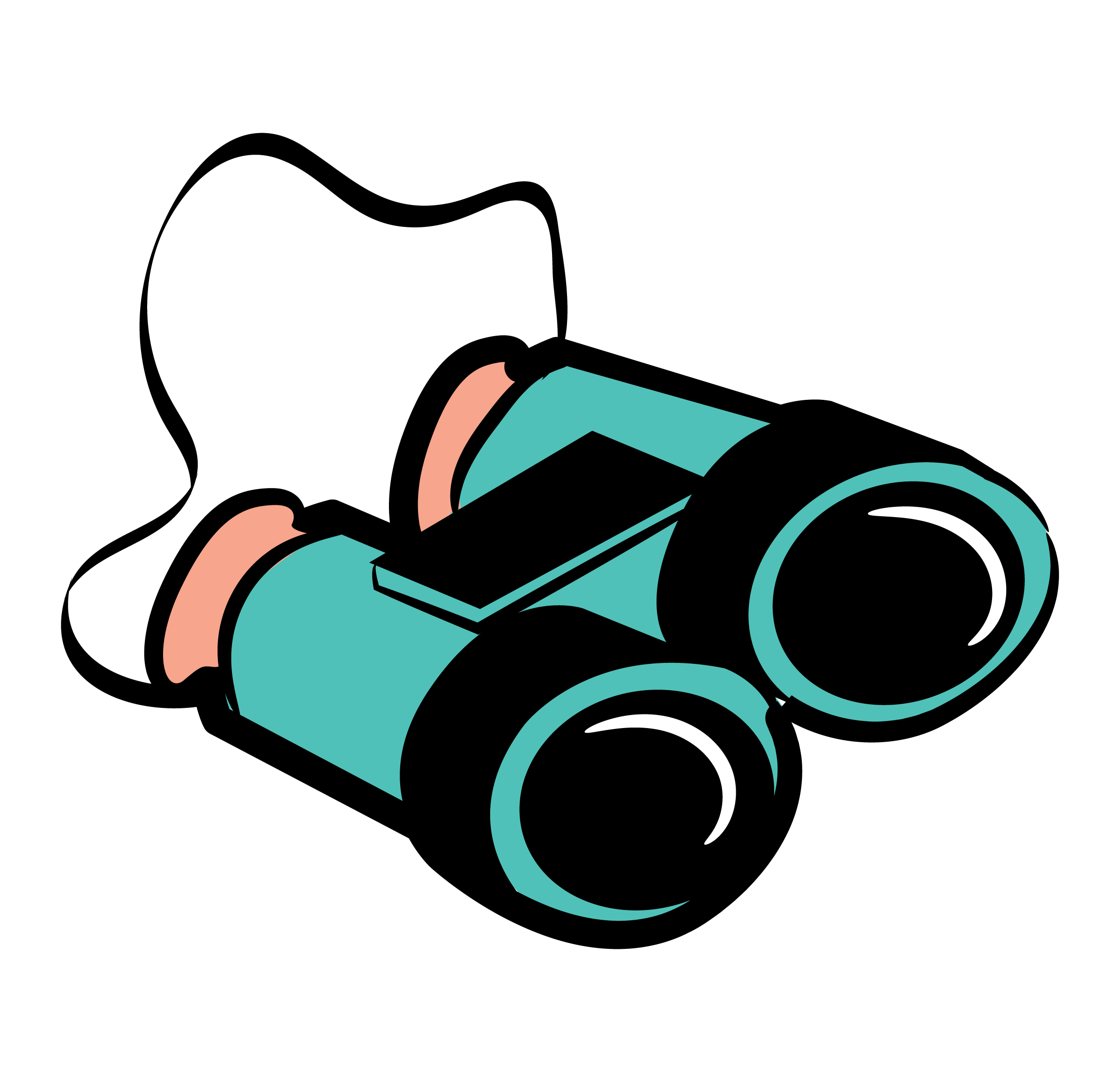 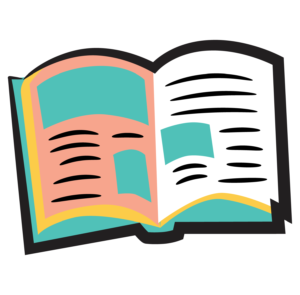 Your school is one of many within a school district. The district’s school board is the boss, and gives schools instructions for what should happen in different situations. These instructions are in documents called policies. Your school board might already have a policy about your situation. 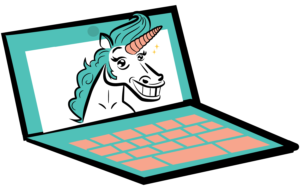 Ready to find out what policies address to your problems?